The Gottman Method of Couples Counselling 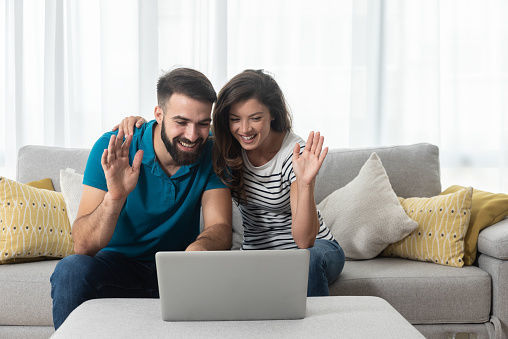 The Gottman Method is a couples counselling strategy that incorporates a comprehensive examination of the couple's relationship as well as evidence-based therapies. The goals of the therapy are to increase empathy and understanding, remove barriers that cause stagnation, promote affection, respect, and intimacy, and disarm antagonistic verbal communication within the framework of the partnership.

What is the Gottman Method, and How Does it Work?

The Gottman Method was designed by Dr. Julie Schwartz Gottman and Dr. John Gottman. It is a form of couples therapy to improve the relationship between spouses. The Gottman Method's interventions are evidence-based, which identifies nine components of a healthy relationship.

The Gottman Method is the result of decades of study. John Gottman has conducted hundreds of empirical researches with over 3,000 couples over the course of his 40-year career. During that period, John, along with his colleague, Robert Levenson, conducted a series of longitudinal research that discovered that the way couples interact determines whether marriages end in divorce or success.

Every couple, of course, has disagreements and poor encounters. Still, Gottman discovered that how couples deal with emotions and conflicting views they exhibit would eventually influence whether they stay together or end in divorce.

Gottman's research allowed him to collaborate with his wife, Schwartz Gottman, which culminated in the development of the SRH, also known as the Sound Relationship House theory and the interventions used by the Gottman Method.

The SRH theory is the pillar of Gottman’s approach. A house is used as a metaphor for a happy marriage. The theory proposes seven floors via which a couple can develop their relationship, as well as two weight-bearing walls that are necessary to keep the pair together. The following are some of them:

Build love maps: On the first floor of the house, couples learn about each other's inner psychological worlds.

Share your affection and admiration: Couples learn to show their admiration and respect for one another on this level, which helps to enhance their bond.

Turn towards, not away: This floor entails recognizing when a partner is reacting appropriately, and seeking comfort, affection, or attention.

The bright side of things: This floor teaches partners to perceive each other in a favourable light, allowing them to see mistakes as a result of circumstance rather than personal failings.

Handle conflict: Here, couples learn a three-step approach for managing conflict. To begin, partners consider each other's feelings. After that, partners learn to talk about their issues. Lastly, when a partner becomes overwhelmed during a fight, they learn self-soothing ways to maintain their composure.

Make your life goals a reality: The next floor is dedicated to encouraging and promoting one's partner's dreams and goals.

Mutual understanding: The top level is similar to the first in that it entails knowing an inner world, but this time it's the inner world of the couple, and it entails uncovering the routines and tales that have shared significance for them.

The Sound Relationship House's two weight-bearing walls assist couples as they work their way through the seven storeys. Couples that perceive they can depend on one another and feel like they're part of a team have committed to sticking together and improving their relationship.

Gottman therapists utilize this idea to guide their work with couples, and each floor of the Sound Relationship House clearly indicates an opportunity for couples to learn better techniques that will fortify their relationship.